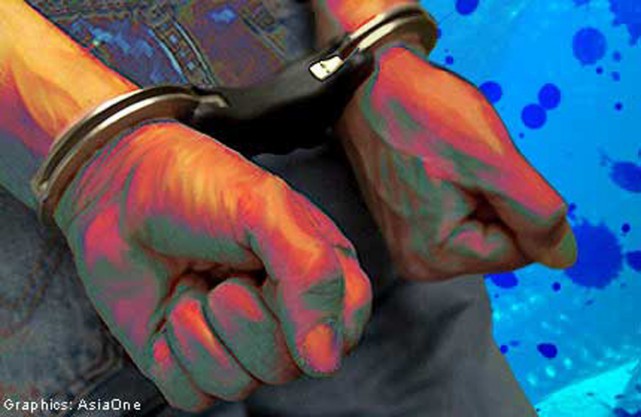 SINGAPORE- A quest for love ended with 55-year-old Theresa Koh in jail after she was found guilty of laundering more than $200,000 in stolen money on behalf of two foreign men she met on a dating website.

Yesterday, the management assistant officer with the National University of Singapore was sentenced to 11/2 years in prison after pleading guilty.

Pleading for leniency, defence counsel Josephus Tan said his client was a lonely woman without any family here, and had sought comfort from friends she met online.

“I cannot comment on matters of the heart and can only say she was gullible to commit the offences,” he said. She could have been jailed for up to five years and fined. In March 2012, Koh got to know a certain Gibson Stone on the www.badoo.com dating website. The Caucasian, who claimed to be a building contractor in Malaysia, visited her several weeks later and they got engaged. Four months later, she agreed to let her POSB bank account be used to receive “payments from his overseas customers”.

He would then ask her to hand over the money to his “employees”, named Rosmawaty and Ms Nordiah Bakar in court papers.

Deputy Public Prosecutor Yau Pui Man said that in April last year, Koh, who has a diploma in banking and finance, was warned not to engage in similar activities after an investigation by the Commercial Affairs Department.

A month later she met a Ronald Dunn through the same dating website. He got her to use her Maybank account this time to receive $53,160. She then handed over the cash, minus $5,000 as her fee, to a Ms Lim Mei Cui.

In both cases, the money had been transferred from foreign banks without the knowledge of the account holders.

Koh, who admitted to committing 10 counts of dishonestly receiving, transferring, and remitting stolen money out of Singapore, claimed she had been conned by the men.

Rosmawaty has since been charged while Ms Nordiah and Ms Lim are still under investigation.

The police advise the public not to disclose personal particulars and bank account details to unknown persons.